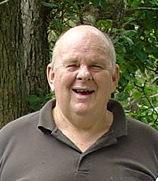 Very recently, The Atlantic published “The Greatest Poet Alive: The Feral Genius of Australia’s Les Murray,” a gushing, appreciative overview of Murray’s career disguised as a review of his latest book Waiting for the Past. It is far from alone in its adoration of Murray’s distinguished career. Though he does have his detractors, and he was a major figure in Australia’s “poetry wars,” his name is regularly included on lists of potential Nobel Prize winners, and Joseph Brodsky’s claim that Murray is “quite simply, the one by whom the language lives” is oft-quoted. Yet I’ve had many conversations with Canadian poets who are unfamiliar with his work and a rare few who have never heard of him. So in the spirit of The Fiddlehead’s previous retrospectives, which introduce major international poets to Canadian audiences, I’m pleased to introduce Les Murray with a selection from his career along with two new poems.

My serious engagement with Murray’s work began when I attended his reading in the spring of 2009 in Edmonton. While speaking to him briefly afterward, he remarked that he detected an accent in my voice and wondered where I was from, guessing I was not from Alberta. As a transplanted Maritimer at the time, I was impressed that his ear had picked up what is a fairly subtle difference, and that surprising moment has stayed with me. I have now read through Murray’s complete oeuvre (and many of his essays, plus a biography written by Peter Alexander, where I learned he has knowledge of and facility with some twenty languages), and am less surprised, having come to appreciate his fine ear for detail. His work is so filled with freshness in ideas and language that I get the same feeling of surprise: my worldview expands and I gain an insight into the inner life of everything.

The first thing readers may notice is Murray’s immense gift for metaphor and imagery. In “The Burning Truck,” written in 1962, the eponymous truck rumbles down the street as the watching speaker paints the scene with precision and imaginative élan: “on it crept / windshield melting now, canopy-frame a cage / torn by gorillas of flame.” I love the wildness of the gorilla metaphor: combined with the aural resonances of alliteration and assonance, it captures perfectly in idea and sound the energy and action of the scene.

Murray’s dexterity with metaphor is on full display in the playful “The Broad Bean Sermon,” where the beans are harvested with metaphorical abundance: they are “minute green dolphins at suck,” “templates for subtly broad grins,” and “misshapen as toes,” among other things. Murray’s poetry can also dazzle with its sonic pyrotechnics — for instance, “Bats’ Ultrasound” is half lyric poem and half experimental sound poem that translates the bat’s echolocation into English — and it can also range across multiple emotional registers with its assured command of tones, such as in “The Last Hellos,” a moving elegy for Murray’s father.

There are many, many other poems I wish I could have included, like “Homage to the Launching-place,” an ode to the “kindest of quadrupeds,” the bed; and “The Cows on Killing Day,” a brilliant poem from the perspective of a cow headed for slaughter. But that just means there are riches for you, dear readers, to discover. Seek the work out! You will not look at the world in the same way again.