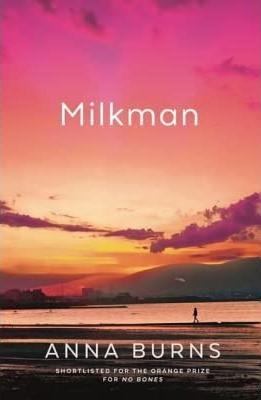 This spring I opened Anna Burns’ 2018 novel, “Milkman,” and found myself entirely unable to escape its sticky, digressive charm. Set during the political turmoil of the Troubles in 1970s Northern Ireland, the story is told in the ruminative, near-stream of conscious voice of its unnamed narrator, who relates a period of personal terror and communal alienation during her late teens when a supposedly high-ranking member of the local para-military—known only as the milkman—begins stalking her.

While the Troubles had already warped the environment with violence, anxiety and a kind of social-claustrophobia in which everyone gossips, rumors and spies on each other, the arrival of the milkman in the narrator’s life signals a change far out from the daily hum of fear. Now, while she jogs in the park, the milkman shows up beside her in his car, insisting she get in. Now, while she reads and walks to the bus stop, he appears making veiled threats and subtle coercions. He appears outside the windows of her night classes. He’s supported by a cadre of para-military goons. He knows where she goes and how she gets there—all without once touching her, barely even looking at her.

The true horror of this situation only becomes apparent when the overly nosey community reacts to these events not by attempting to intervene but by choosing to believe whispers and rumors, condemning the narrator to isolation and vulnerability, infecting even her own family’s stance toward her. It is one of the book’s more poignant considerations that the perils of the powerful preying on the vulnerable are not just enabled by the community in which they transpire, but are at times matched by it.

All that said, the novel is not without levity, and floats its grim context on an array of humorous, touching and downright despicable side characters. The narrator’s incisive study of this environment—coupled with her unorthodox grammar, her circuitous explanations and fragmentary storytelling—walks a compelling tightrope in this fine coming of age tale.

Nathan Sindelar is a writer from rural Nebraska. His stories have appeared in Wigleaf and Mid-American Review. He lives in Kansas City. You can find Nathan's story Incident Report in The Fiddlehead issue 287. Order your copy today!