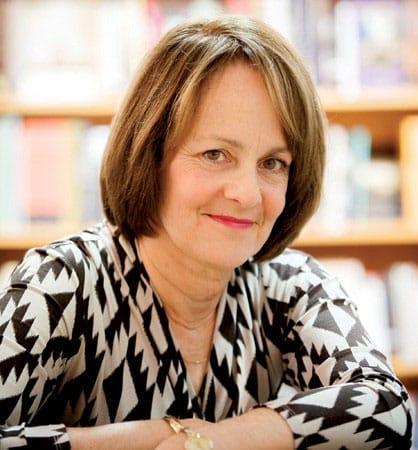 If the seventies took to heart ideas of the personal and the confessional, placing it in the everyday language of accessible free verse, rejecting formal poetry as contrived, then Mary Jo Salter’s poetry, appearing first in the eighties, reminds us that all poetry is language that is shaped. Contrivance, or artifice, displays the tension between the flow of experience and how it is grasped or remembered. Salter’s poems are crafted in elegant, sinuous, and supple forms. They are evocative both in sound pattern and rhetorical structure. The relation between line break and sentence can be as soft as a croissant or as sharp-edged as broken gingerbread.

In “Little Men,” a new poem published here, the five-line stanzas of compact four-beat lines set the measure and pacing of the poem, against which strain nimble ideas about war, childhood, marriage, and domestic intimacy. Quick slant rhymes play notes in a minor key that then resolve in the resonance of full rhymes. The rhyme of “fists/antagonists” in stanza one is taken up again in stanza five, “novelist,” and stanza six in “pacifist” and “list,” and echoed in the last word of the poem at the end of stanza seven, “chest.”

The poem opens with an exquisite chiasmus that holds the moment at the end of the line before sliding into a signature of the past: “Two men I’ve loved loved little men / when they were little children — / tin soldiers they could push around / the carpet in their little fists.” The poem turns on a number of subtle changes on the classic themes of martial war and wars of the heart: “Reader, I married him; we lost.” What is remarkable is how each variation of theme is arrested and contained by form. One could imagine the poem in confessional free verse, but it would not have the crystalline ironies that Salter’s structure can fix in place.

Salter is expert at probing those moments when she is uncertain as to what to think or feel, and the cadences of her rhythms allow her to consider and find her way through a wide range of possibilities. In an early poem, “Welcome to Hiroshima,” the speaker is skeptical and unsure of an appropriate response to the museum. The “TV of the brain” re-runs the atomic cloud spilling over like beer, which provokes “a thirst for history.” “Sunny coffee shops” offer “dioramas” of the “mutations of cuisine.” The scene of a mother with hanging flesh should have all of the rhetorical weight of Renaissance meditation: “Reverence / the dead whose mourners too shall soon be dead.” These forms of commemoration, however, are “swallowed up // in questions of bad taste.” But she stops at the watch, and horror is simultaneously stuck on a moment and echoing through time: “it gestures with its hands at eight-fifteen / and eight-fifteen and eight-fifteen again.”

Few poets have the skill or craft of Mary Jo Salter. Very fine villanelles in English are scanty, but observe the wit of “Complaint for Absolute Divorce.” She can paint landscapes with a long leisurely brush, as in “Sunday Skaters,” or with a deft flourish of the hand, as in “Spring Thaw in South Hadley.” She can take on the simplest of subjects, as in “Hare,” or sets of complex ideas, as in “Unfinished Painting.” Her work is both heartfelt and deeply thoughtful. There will be in her poems, I think, far into the future, still many “shards for the archeologist.”