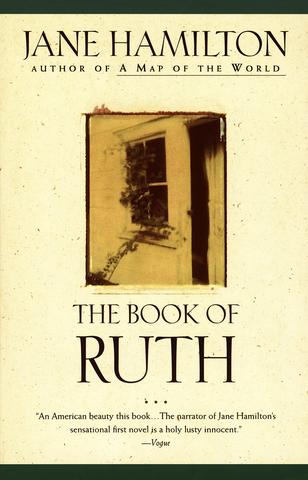 Jane Hamilton The Book of Ruth

In writers, I feel there’s a habit of consuming books first and related media later. This was a rare case when I saw the movie and, much later, learned of its origins. In the early 2000s, a TV movie of the book aired in Bangkok, Thailand, where as a child, I watched it in complete ignorance beyond what was at face value. More than a decade later, I found the book and made the connections. By then, certain images had been seared, repurposed, and modified to last the passage of time, and Ruth became an icon of sorts for me.

When I think small towns and the stories lost in its fold, I think of Ruth. The little I know of small towns is that people are either gunning to leave or stay forever. This divide is marked in near-absolutes, as seen with Ruth’s brother Mark and Aunt Sid, pitted against the majority of the remaining cast. By the end of the book, Ruth is somewhere in between, one step away from starting a new life—but not without losing nearly all of her old self.

As with most good books, I am left with more questions than answers. If an arc of life should end in tragedy, does it negate its moments of bliss? Or if wisdom is gained by insurmountable pain, who’s to say it’s worth the journey? How much time is spent putting meaning to loose ends, when they may be nothing more than loose? Sometimes things just are.

During the pandemic, my radius of action grew small. Human interactions, distilled, where each relationship highlighted a sense of proximity or lack thereof. In my pandemic space, smaller than a small town, I think of Ruth. The book touches upon many trials that I wrestle with every day as of late: the erasure of self, amorphous time, family, pain, connections, the daily trials of staying on track, briefly meeting a friend and knowing it to be the highlight of your day.

Most recently, an argument between my mother and I. The Book of Ruth is as much May’s story as Ruth’s. When mothers speak, daughters wonder—who else will hear your story in its entirety, if not for my ears. I was happy to learn this was Jane Hamilton’s first novel. Somehow, that resonates.

Sena Moon's essay "This Is How You Let Go" is featured in the new Summer Creative Nonfiction issue of The Fiddlehead. Pre-order your copy today!