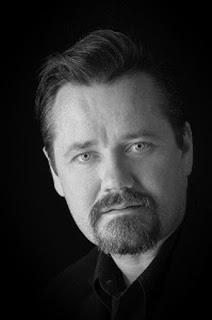 Interesting conversation going on over at Hayden’s Ferry Review on what is the role of the small press (including literary magazines) other than as a stepping stone to the “big times” (major publishers). Seems to me that the big times just got a whole lot bigger and a whole lot smaller in recent times. Bigger in that some writers and their books are getting more exposure and publicity than ever. Smaller in that fewer and fewer writers are getting any type of exposure or support at all in the big-time world. Not surprising since the big-time world's foundations are built on the bottom line.

The small presses meanwhile usually survive with their caps in hand. In these environments, risk is not to be avoided but often to be encouraged. In the case of The Fiddlehead, speaking for myself, my interest lies solely in the writing. While I have no interest in discovering the next big thing, I have great interest in discovering the next best story. Sometimes they arrive that way, and sometimes it means working with a writer to probe it out. That's an end in itself. While small presses and literary magazines are often used as stepping stones, they are more rightly to be considered cornerstones that all other stones ought to be set in reference to.