What James Langer is Listening To 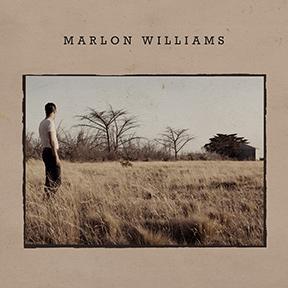 Aside from waiting for the new Strokes EP to drop so I can buy it just to burn it? I’m listening to Radiohead’s A Moon Shaped Pool. Obvious choice, I know. May as well get it out of the way. This is candid Radiohead. Seems to be Johnny Greenwood driven, symphonic and organic. It’s not In Rainbows, but what is?

Then there’s Marlon Williams. Self-titled debut album of a New Zealand singer-songwriter providing his take on American country-western. Voice like something you have to take methadone to kick. Eclectic and fucking eerie.

Pinegrove’s debut Cardinal too. Because country and indie rock should shag more often. Some good banjo work. Yeah, I said it. They’re young, and a certain millennial colour shines through which can grate a gen Xer, but I found myself hitting repeat on tracks 1 and 8 over and over. About a half hour of music on the album in total, and you could do worse.

And I’ve gone back to Wilco’s The Whole Love. Great front to back where it ends on a twelve-minute heartbreaking time warp that will make you a better person if you can manage to drag yourself out of bed afterwards and face another day.

Permalink Submitted by Ross Leckie (not verified) on Tue, 06/21/2016 - 18:57
Never heard of Pinegrove, but really like what I'm hearing. I like their rough lo-fi sound. Having a hard time getting out of bed to listen to The Whole Love. It's so sugary it seems like it's Jeff Tweedy as Willy Wonka. Nels Kline sounds sometimes like he's playing in some ethereal place that gives out free cotton candy. I must say I miss the muscle car grinding guitar sound of Jay Bennett on earlier Wilco discs. Bennett's Yankee Foxtrot Hotel psychedelia seems much warmer to me than Kline's atmospheric noodling.

Well, Wilco have been

Permalink Submitted by James Langer (not verified) on Wed, 07/13/2016 - 10:26
Well, Wilco have been referred to lately as "dad rock." If a human being developed in the same way Wilco has, from raucous youngster to considerate adult, we'd be happy to hear they aren't manscaping, wearing red skinny jeans, and hitting the bars to prey on people half their age. They are now that guy who's just happy for a night out at the pub with a few friends, some quite evenings at home with family, heading to bed early to get up for that thankless job which has nothing to do with the Arts degree that set their expectations way too high. And that back catalog is always there when we need it. "Being There" is now twenty years old, and still lives in his parents' basement. And you can't compare anything, by anyone, to Yankee Hotel Foxtrot. Just not fair.

Permalink Submitted by Ross Leckie (not verified) on Fri, 07/08/2016 - 18:27
Hi James, Even before your piece went up, I had decided to listen to Radiohead in chronological order. I'm really enjoying it, though I haven't gotten very far: I'm listening to The Bends over and over again. In their show on the nineties, All Songs Considered played Jeff Buckley and suggested that you could hear in his own compositions a strong influence on Radiohead. Agree?

Permalink Submitted by James (not verified) on Wed, 07/13/2016 - 10:38
I'm always hesitant to say "influence" these days. I've been reading poetry critics lately who insist a certain poet was "influenced" by another poet, when I know for a fact the poet hasn't even read the supposed "influence." Do I recognize certain similarities? Yes, most certainly. But without direct reference, I don't know. My son, now seventeen and in his own band, and I are constantly discussing Radiohead. I'm a massive fan of "The Bends." Top four Radiohead album for me. Aidan ranks it lower, and I think I just have a different context for the album. I heard it when it was first released and it blew me over, and it still does. But for him, it may as well have been released the same year as "Revolver." Most of musical history is still new to him. So I figure he's better able to judge. The later generations decide what lasts. Yes?

Radiohead and The Beatles

Permalink Submitted by Ross Leckie (not verified) on Thu, 07/14/2016 - 16:50
It's funny you should mention Radiohead and "Revolver." I was just thinking about "generational" bands. The Beatles were that twice: Beatlemania from 63-66 and Beatles psychedelia from 67-70. Revolver was that album that sits just between the two periods and is my number one Beatles album. But I was thinking about this while listening to The Bends and it seemed to me that Radiohead was that generational band for the late 90's. Did you experience it that way, or was Radiohead just one of many interesting things to listen to at the time? We're creeping up on the 20th anniversary of "OK Computer." We'll have to meet in St. John's and have a drink.