What Mark Jarman's Listening To 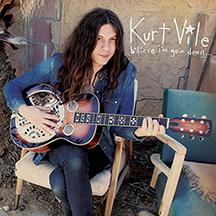 I’ve been playing a lot of Kurt Vile, especially Smoke Ring for my Halo and b’lieve i’m going down; the latter took longer to grow on me but now I like it a lot. Also dug out some old vinyl, including Gilded Palace of Sin by Gram Parsons and the Flying Burrito Bros and can now declare that Sneaky Pete on steel guitar is an unheralded genius of the 1970s.  Also want to plug an odd tune, "Saddle in the Rain," by John Prine: produced by Steve Cropper of Memphis, has horns, and about as funky as you will hear Prine the folkie get.

Permalink Submitted by phillip crymble (not verified) on Mon, 05/16/2016 - 21:55
For those interested in Parsons, check out Sweetheart of the Rodeo, the record he made in 1968 as frontman for The Byrds. Can't recommend this enough!

Permalink Submitted by Ross Leckie (not verified) on Tue, 06/14/2016 - 17:59
I also enjoy Kurt Vile. I am really enjoying the two that Mark mentions, but I also really like Wakin on a Pretty Daze. The shouts on "Shame Chamber" always startle me: "feelin' bad in the best way."