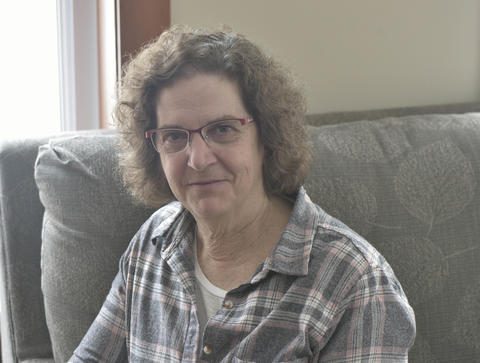 We're excited to announce that Anne Marie Todkill is the winner of our 2021 Fiction Contest and $2000 prize! Her story The Makeweight Piece is featured in our Spring issue no. 291, which is available for pre-order now!

Thank you to all who entered the fiction contest and congratulations to the fifteen finalists. And thanks again to our judge Yasuko Thanh!

Shauna Deathe: First of all, thank you for this story. I don’t think there could have been a more apt time for it to come out. Not only is this piece brilliantly written, but the complicated layers of story are incredibly thought-provoking and force us to re-evaluate our relationships with each other and with the world.

You noted that you were inspired by Lidiya Ginzburg’s Blockade Diary and Anna Reid’s Leningrad: Tragedy of a City Under Siege. With the last two years in mind, especially given the initial panic of the pandemic crisis, it feels impossible to not at least somewhat relate real-life events to this story as well. Was this something you had in mind while writing this, and if so, how important was it to you to either draw influence from this or to separate yourself from?

Anne Marie Todkill: You are a generous reader — thank you.

I started this story some years before the pandemic, in fact. I had stumbled upon a documentary about the evacuation of the Hermitage Museum in 1941, and a detail about a museum guide who described paintings from memory stuck with me. I haven’t been able to identify that program since, but in any case I had rather different plans for the story. I had imagined a far more abstract and, oddly enough, ahistorical exercise, set in an unspecified, post-apocalyptic time. A narrative voice “arrived” in my mind but took a long time to settle, and in the meantime I started to read about the Leningrad blockade. The more I learned about the details of that catastrophe — which are, of course, highly compressed and fictionalized here — the more concrete the characters and relationships became, moving me away from thought experiment and more toward conventional narrative.

I think it was during the third COVID wave (in Canada) that I felt it was time to knuckle down and finish the piece. I saw a similarity between our feelings of isolation and deprivation during the pandemic and historical experiences of being under siege. But I also felt there were essential differences. Many of us still enjoyed considerable security. We were not starving, and we were living in peacetime. I don’t mean to discount the heavy toll exacted by the pandemic in so many ways. But at least science was offering us a rational way out.

And now, with the invasion of Ukraine, the first sentence of the story has a resonance I could not have foreseen, and this may lead the reader to engage with the story differently. The instigator of this obscene catastrophe is the son of survivors of the siege of Leningrad. It seems we are doomed by the history we forget, the history we remember, and the history we fabricate. It’s hard to see a rational way out of this horrifying situation.

SD: Storytelling seems to be at the very heart of this piece as bonding, as grieving, and as coping. It shows up in numerous different forms, as well, from the narrator being told the stories of people’s lives in the rations queue, to her making up stories with Irina, to the gathering of people around the guide to hear the sharing of stories and history. Storytelling also encompasses the entirety of the story, as it is presented to us in the form of the narrator recounting her story, wrapped up in these sort of meta-comments where she pauses to gather herself or comment on something said. Can you tell us more about the – amazing, I might add – choice to frame “The Makeweight Piece” like this, and on storytelling as a central theme?

AMT: It didn’t occur to me to use this framing until quite late in the writing process, although I always “heard” the narrator as speaking quite directly to the reader. But eventually it occurred to me that she could speak to an interviewer placed off-camera, so to speak, and that this would give me a way to jump from one recollection to another, while excusing discontinuity; it also offers a pretext for the present-time narration. I worried that this device might seem contrived. But the interview format is certainly familiar from survivor testimonies in documentary film, and I think this was in the back of my mind.

Aside from narrative convenience, though, I think the storytelling trope speaks to what is at stake for the traumatized characters here. When we are faced with trauma we feel indignation, grief, fear — and also incredulity (as the narrator herself points out), which is part of shock, and also part of self-assertion. The stories we tell are a defence against the loss of our selves. They can be a form of hope, and a form of protest.

SD: Perhaps this is related to what was asked above, but another aspect of the framing of the story is that the narrator is speaking directly to a “you” and breaks traditional narration to address this ‘you’ with side remarks and conversational comments. It felt like I, as the reader, was being directly addressed, or that the narrator knew her story was being heard. It was jarring and effective and uncomfortably wonderful, pulling us into her story, into your story. Tell me more about this choice and the effect you wanted it to have.

AMT: For some reason I have an impulse to do much the same thing — a bit like breaking the fourth wall in theatre — in a couple of other, unfinished, stories. Maybe it’s a way of advocating for my protagonists, insisting that they be heard. (So perhaps, by proxy, I’m advocating for myself, the writer?) I also want to enact the cost of the narrator’s disclosure — it is emotionally taxing to address painful memories, explain past actions, convey one’s “truth.” And so the reader is asked to double up on sympathy, having compassion toward the speaker’s past self while being aware of the re-traumatization caused by the act of recollection. And — to be even more “meta” about it — it puts the reader in the uncomfortable position of being responsible for that rekindling of emotion, since without the reader the story would not be told.

SD: On the note of storytelling: memory, truth, and embellishment are all facets of narration touched on. When it comes to storytelling, especially of personal stories and especially, again, of tragic ones, what do you think is the role of the “truth”?

AMT: That’s a big one. As far as truth implies accuracy, historical fiction (if that’s what this is) presents some awful pitfalls — getting stuff wrong, appropriating cultural experience, exploiting the suffering of others. Hence my first impulse to duck the problem by backing away from historical realism. But the voice of the narrator got into my head, and became more specific in response to details that came up in my background reading. So I settled for doing my best with the history while trying to make the narrator, an invention, persuasive as a character. To me, fictional observations that ring true are those that come across as candid, experiential, too precise to be plucked out of thin air, and also somewhat unexpected, so that they lead you somewhere that isn’t quite what you might have predicted. Fiction also gives us scope to examine ways in which truth and belief are constructed. So we move from the question of accuracy, to the idea of the “ring” of truth, and then to truth as a subject in itself. After I wrote the scene in which the young man tries to recall the details of a painting, I realized that what I had there was a Facebook-style pile-on, everyone chipping in argumentatively and with no real claim to knowledge. What emboldens them to do this, in the story, is the tension of their circumstances together with the loss of a respected authority. I didn’t consciously set out to draw this parallel, but after the fact I can see how one might read into this today’s quagmire of fast-media discourse, in which civility is eroded along with social consensus about what constitutes reliable fact.

SD: You mentioned some of the texts that influenced the concept of this piece, specifically, but are there any particular stories or authors that influence your writing in general? Who or what are the influences to your own storytelling?

AMT: I find the question of influence tricky. It’s a bit like when other people catch you in a gesture or expression that reminds them of someone in your family, while you are quite unconscious of the resemblance. I think influences can come from just about anywhere, though. For quite a while much of my reading has been research preparation for writing, and I probably read more non-fiction than fiction. I dip into a fair bit of contemporary Canadian poetry, also. And then there’s the great wash of streamed media — film and podcasts — we’ve been swimming in through the pandemic. In the lock-down days I was a better re-reader of the inexhaustible old — Hardy, George Eliot, Austen, Woolf — than a reader of the new. I keep up with New Yorker short story podcasts, but not much seems to stick. To recharge the fiction-writing battery I return most often to Calvino, and sometimes to Borges; their work renews my enthusiasm for fictional worlds.