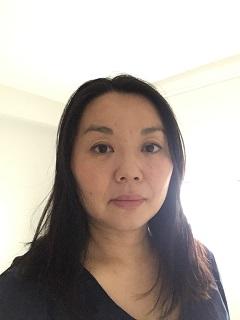 Editorial Assistant Taidgh Lynch recently spoke to Naoko Kumagai about her short-fiction piece Karafuto, which was published in The Fiddlehead No. 285 (Autumn 2020). Kumagai has been published in Room magazine, Ricepaper magazine, and Event, and was also longlisted for the CBC non-fiction prize. She lives in Toronto.

Taidgh Lynch: I’d like to start by saying how much I loved “Karafuto”. For those who haven’t read the story can you briefly say what it’s about?

Naoko Kumagai: Thank you Taidgh– that’s very kind of you to say and I’m glad you enjoyed the story. The story is about a woman who does not want to deal with a past trauma regarding her father, specifically around a massacre that occurred at the end of World War II in Karafuto, formerly a Japanese colony. I was fortunate enough to receive a grant from the Ontario Arts Council and the Toronto Arts Council for a longer non-fiction project that is related in theme and in part, that's how the short story Karafuto came together.

TL: I enjoyed all the great attention to detail. How do you decide when to disclose details and what to include or leave out?

NK: I don’t know if it’s always a conscious decision. I think there has to be enough details so that there is some understanding of context, but without being too obvious or giving too much away. It depends on the story you are trying to tell.

TL: Certain characters are named, and others are not. How does naming or not naming strengthen the prose?

NK: Names are signposts and signifiers. They can ground reality.  I think omitting names can serve various functions, sometimes offering a sense of disembodiment or disorientation, or conveying silence.

TL: From early on, the narrator’s descriptions such as trying to scrub out smells seem to reflect the trauma that the narrator carries with them. How important do you think it is to communicate deep emotion and trauma and what are some techniques you use to achieve this?

NK: It’s important to communicate deep emotion and trauma provided there is some reflection and insight into it. Again, it depends on the story you are trying to tell. On some level, I see the world as being a site of trauma – there are those who repress it, ignore it, repeat it and/or inflict it on others. In terms of techniques, trauma can be conveyed through how a character perceives surroundings and objects. Often there can be a trigger in the present that can recall the past.

TL: I felt the story worked really well in the first-person. How does first-person POV impact narrative in your story that maybe second or third person couldn’t?

NK: I chose first person to convey a sense of immediacy. I think because she is also recalling a terrible personal and historical incident, I wanted to convey the subjectivity of her experience, and her limitations of understanding the reality of what happened in her family.

TL: I could talk all day about the story’s layered images. A scene that comes to mind is when the mother takes her daughter for a walk in a harness and the neighbourhood boys bark at them. Later on, the protagonist is eight, watching her mother’s friend, Jiro, being beaten and called a dog by soldiers. Do you plan these recuring images and themes or do the connecting images just occur naturally?

NK: I’ve been thinking of this story for some time, so some of the images or ideas came more readily to the surface, not because they usually come easily but because I have been working through this story for a while, especially since it’s rooted in a particular place and time in Japan.

TL: And finally, what can we look forward to reading of yours in the future?

Permalink Submitted by William Bonfiglio (not verified) on Sun, 05/30/2021 - 12:16
An illuminating interview, and an even better story: in an issue overbrimming with wonder, "Karafuto" is a standout piece.