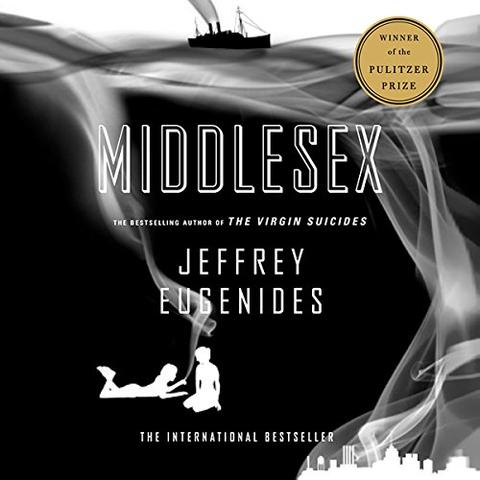 Bequeathed with a Pulitzer Prize, this bestselling novel scarcely needs an introduction. Its multi-generational epic of the Stephanides family is told through the tender voice of Cal, who traces the trans-Atlantic voyage of his rare genetic mutation from Anatolia in the early 20th century to 1960s-1970s Detroit, where he was born and assigned female at birth. Bildungsroman, family saga, memoir, immigrant literature, LGBTQIA+ literature—this book checks all of the boxes. (One could even classify it as fictionalized narrative medicine!) Reading it again in the 2020s, when our language and understanding of gender-diverse youth have grown and evolved, this heartfelt classic has aged surprisingly well. If you haven’t yet picked it up, I would highly recommend it.

Beyond the obvious literary merits, Middlesex has a special place on my bookshelf. I had the opportunity to meet the author at a reading and was first in line to have my copy signed—with an incorrect spelling of my name, alas.

James X. Wang is a writer and physician who began writing in earnest in 2019. He is a Chinese-Canadian settler on the unceded homeland of the Musqueam, Squamish, and Tsleil-Waututh peoples, later known as Vancouver. He belongs to the writing group Harbour Centre Five. His work has appeared in Arc and his poem "Fossils" is featured in the BIPOC Solidarities issue of The Fiddlehead. Order your copy today!