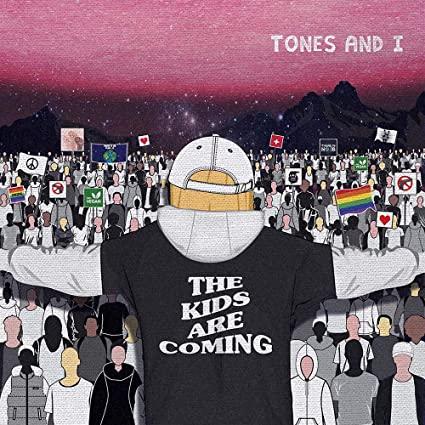 Over the last year of this pandemic, I've been writing my second contracted YA book, code-named the PizzaBook, exclusively to Tones and I's EP, The Kids are Coming. So it's been on rotation a lot. Pretty much nonstop and even though I've been listening to it for a year, I'm still really wowed by the EP.

Jenny Ferguson (she/her) is Michif and white, an activist, a feminist, an auntie, and an accomplice with a PhD. She believes writing, teaching and beading are political acts. THE SUMMER OF BITTER AND SWEET, her debut YA novel, was published by Heartdrum/HarperCollins in Summer 2022. She teaches at Loyola Marymount University. Jenny's essay "Floods and Other Disasters" was published in the Summer 2022 creative nonfiction issue of The Fiddlehead.