The Long and the Short of It: A Review by Richard Kelly Kemick of Keath Fraser's "Charity" 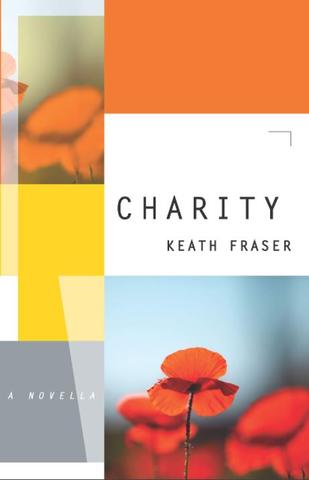 The Long and the Short of It

There must be a term — something Latin and ornate — for the evolutionary process of when a species of such primacy devours its habitat until everywhere it looks it sees only itself. Whatever this word is, the novel has done exactly that in the literary landscape. The novel’s conquering of the bookshelves is so total that the bookstore’s only other surviving genres seem to be Disaster Nonfiction, Retired Hockey Player Memoir, and Scented Candle.

Much like how the first victim of Homo Sapiens was our close cousin the Neanderthal,1 the novella’s proximity to the novel is what assured its extinction. By the time you have written one, you’re so close to having written a bonafide novel that you might as well inflate your word count with a couple imagistic paragraphs, a flashback chapter, and a smattering of socio-political musings couched in contrived dialogue. When it is only a question of a few thousand words, why not err on the side of glut?

Keath Fraser’s novella Charity is a scant 114 pages, though its story is much grander. The novella ricochets between Vancouver, Sierra Leone, India and other locales, careening between an ever-expanding cast of characters.

In an effort to cram as much character and plot development into each moment, the sentences are highly allusive and, at times, can verge on the smug. A sentence on Vancouver’s annual firework festival, The Celebration of Light: “You had to wonder why the world’s greenest city, as we hoped to become, would invite to this bay every summer vast egressions of smoke from countries notorious for poor environmental hygiene and from others like Sweden who should know better.” Yet the first-person narrative is so seamlessly aligned with the personality of the protagonist — a woman named Denise — that each contortionist turn of phrase does more to reveal the heart of the narrator rather than obscure it.

Charity’s plot centres around Denise and her stepdaughter, Greta, who is in crisis. The relationship between the two women is characterized by a desire to help that far exceeds an ability to do so. In each scene, the past weaves into the present which again flows into the past, giving context and tension to each pivotal decision.

If there is to be one difficulty that readers may express it will most likely be about the pace at which the narrative moves. The novella demands that the reader follow each sentence as rollercoaster follows the track: stray for a second and you’re doomed.

But this complaint is also the greatest compliment of Charity: it is a novella that could have been a novel. Fraser has crafted a conflict and characters so nuanced that the book could triple in length without feeling inflated. Charity reminds us of the power of a novella, the feel of the narrative straining against the borders of itself, the discipline in not allowing the story to be a single line longer than it needs to be.

In truth, I had not realized the success of the book until I had arrived at its end. It is a quick section — twelve sentences long — written in an uncharacteristically sparse style. Yet for the revelation that these sentences illuminate, and in hearing myself gasp at what they reveal, I realized the connection I had formed with the story, despite its short length and long sentences. Fraser’s characters slyly and unobtrusively rise out of the deceptively slim volume and exist in the room alongside you. It is always a mini-miracle when this happens; and the fact that it happens in such a mini book is a miracle all the more.

— Richard Kelly Kemick’s
latest book is I Am Herod.

1 Is this true? I haven’t a clue. Letters of complaint/correction may be sent to Sabine Campbell, ℅ The Fiddlehead, Campus House, 11 Garland Court, PO Box 4400, University of New Brunswick, Fredericton, NB, E3B 5A3