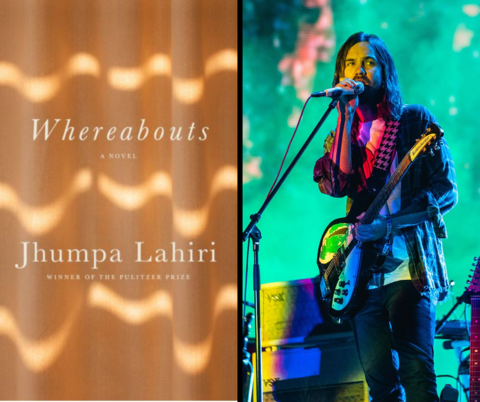 I recently read two books by Jhumpa Lahiri: In Other Words, a memoir about her decision in her mid-40s to move to Rome and immerse herself in Italian, and Whereabouts, her first novel written in Italian, published in English this spring.

I had read about Lahiri’s sudden decision to write only in Italian after decades of writing in English and thought it was bizarre, an indication of a profound mid-life crisis or perhaps even a breakdown. Lahiri, who won the Pulitzer for her debut collection, Interpreter of Maladies, grew up in New England as the daughter of Indian immigrants and is known for her stories and novels featuring alienated characters caught between languages and cultures.

Why turn her back on English and on the literary territory that defined her as a chronicler of the Indian immigrant experience? As she explains in Other Words (which she wrote in Italian): to free herself of her divided identity - her lifelong feeling of being suspended between Bengali and English, between the India of her parents and the America of her own lived experience.

Any immigrant or child of immigrants can relate to this experience of limbo, of not feeling completely at home in either world or language. Lahiri has found a novel way out of this seemingly unresolvable dilemma by choosing a third language. For Lahiri, embracing Italian allowed her to move away from alienation towards freedom and abstraction, and at the same time a more personal form of writing.

Whereabouts is the fictional expression of this experiment. Like her writing in English, it is spare, elegant and tinged with sadness but somehow freer, clearer and stronger, less conflicted. Adding yet another layer: Lahiri translated Whereabouts herself. Maybe she has found a way to reclaim English as her own, via a detour through her adopted, beloved Italian.

Written in the first person from the perspective of an unnamed woman in an unnamed but presumably Italian city, nothing much happens in it, other than the narrator’s passing day-to-day interactions with neighbours, friends, lovers, servers in cafes or trattorias. The narrator is lonely, drifting through life, but she has chosen her solitude and cherishes it. Eventually we find out what may have led to her choice but Lahiri does not make too much of it. The important thing is the sense that this woman is completely free. Unlike the characters in Lahiri’s previous books who were weighed down by their conflicted identities, their duty to their immigrant parents and their loneliness, she has chosen her life and is free at any time to choose another one.

On the surface it’s a melancholy, lonely little book but I see joy and hope in it. You could read Lahiri’s narrator as almost phobically avoiding commitments and constraints, accepting loneliness as the price of freedom, but I think she is just focused on the future and wants to leave herself open to any and all possibilities.

Completely unrelated music recommendation: anything by Tame Impala, because he took everything good about the 80s and made them even better by adding a touch of a touch of 70s psychedelia and applying a 21st century filter to the whole thing. My son, who is a musician, introduced me to him. I highly recommend blasting “Is It True” or “The Less I know the Better” in the car and pretending you’re a 21st century, cooler version of your 80s self.

Maria Kubacki completed a BA and MA in English at the University of New Brunswick. She was editor of The New Brunswick Reader, and her articles have appeared in the Telegraph-Journal, Ottawa Citizen and National Post. She lives in Ottawa, where she works as a communications manager. Maria's story Birth Stories is featured in the new summer fiction issue of The Fiddlehead. Order your copy today!