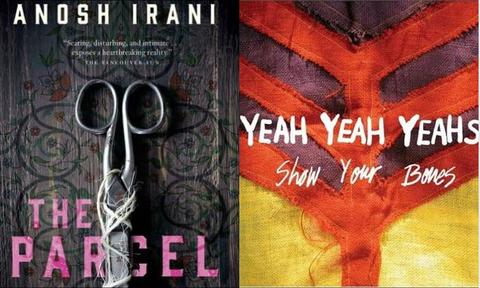 When asked to choose a book or album to recommend, I did not expect the choice to be agonizing. I should have known better. In kindergarten, my teacher would chalk two options on the blackboard that we were supposed to divide ourselves between. Do you prefer cats, or dogs? I hated these exercises. I wanted a choice that could be all-encompassing at the same time as indeterminate. Narrowing down to a single option? Hard pass.

I’ll admit, I love recommending things to friends and try my best to gear recommendations towards their interests; recommending something not just because I love it, but because I think they’ll love it, too. But how can I gear my choice to a mass audience of strangers? I’m asked to write about something I’ve read recently or read again and again. I’m a PhD student in English, and my interests have me reading a lot of old dead White men – I could always ramble about them, but that seems a waste of the platform. (I scan my shelves.) I could lie and write about something I read a while ago and keep meaning to reread, like Phaswane Mpe’s Welcome to Our Hillbrow, like Dawn Dumont’s Nobody Cries at Bingo. (I kick myself for still not getting around to reading Nathan Niigan Noodin Adler’s new collection of short stories, Ghost Lake, which dives in to expand the world of the fictional reserve where his darkly delightful 2016 novel Wrist is set; although this is in keeping with Nathan’s being an author I only ever consistently embarrass myself in front of.) Okay, okay… I’ll get to the point and recommend Anosh Irani’s The Parcel.

I read The Parcel a couple months ago, as a salve for surviving pandemic Zoom classes. I read a lot, and I like a lot of what I read; I’ve never understood other students who complain that they’d like a novel if they didn’t have to read it in English class. I’ve enjoyed practically all of my assigned novels from high school onto this third degree. With some exceptions. (Looking at you, Ernest Hemingway’s The Sun Also Rises.) But reading The Parcel was like getting hit by a lightning bolt.

Have you ever had a book that just calls to you off the shelves? I picked up The Parcel while browsing the sale section of a McNally Robinson while in Winnipeg for my grandma’s funeral. The cover: pink lettering, picture of a pair of scissors wrapped in twine. Don’t judge a book by its cover, of course, so flipping it over to read the back: about the hijra, Madhu. Me: knowing I needed this book, recalling teenage years of book buying with my family where I’d smuggle any novel with even a whiff of non-cis het content into the To Buy stack; even as I couldn’t help but feel nervous over what Irani’s depiction of India’s third sex and hijra communities might be like.

That was back in 2019, and, ungrateful lover that I am, it took two years for its calling to me from my own bookshelf for me to pick it up and start reading. It was a three or four day read, and absolutely devastating. Depicting child sex trafficking, discriminatory violence, the bitter irony of humanitarian efforts, the dehumanization of the homeless and impoverished through gentrification projects – it wasn’t these that devastated me. It was Madhu’s voice of pain, and resignation, and the hopes she tries to extinguish in herself: it was in how much – despite her world of the red-light district and the hijra community of Bombay being so unlike my own lived experience and communities – she felt like me.

When Madhu sits in a movie theatre with the only man she’s ever loved and the child prostitute-to-be she’s been charged to prepare for the girl’s future rape, and the two fall asleep beside her, and another woman smiles at Madhu, taking the three of them for a normal (cis), happy family: “Some relationships lasted a lifetime; hers would last for the remainder of this movie. Sometimes life offered you a lesser version of a dream. She chose to take it.” I read those last two sentences over and over. I’m reading those last two sentences over and over, again. And again, I’m devastated by this hijra woman who is so utterly unlike me, and yet seems to speak to something at the very core of me. Something intangible, beyond our differences (I truly do not want a kid), but nonetheless real.

If I set out to write a recommendation for mass appeal, in that sense, I suppose this fails! But Irani’s The Parcel is the best book (meaning: most impactful) I’ve read this year, and its ending will test the limits of what you consider moral or immoral action (think: the trolley problem on steroids). Which is something I think we all need: literature that shirks the easy moralizing of right and wrong, and sits us down in the uneasiness of our ethics and says: shut up and listen!

Simon Turner’s poetry has been published by Plenitude Magazine and bird, buried press. They participated in Arc Poetry Magazine’s 2020/21 poet-in-residence mentorship program, have had four plays staged in Peterborough, and a short story in We Shall Be Monsters (Renaissance Press). They live in Ottawa, masquerading as a PhD student. Simon's poem "It’s Almost Like a Fishy Mammal" is featured in the Spring 2022 issue of The Fiddlehead. Order your copy today!