What It All Meant: A Review by Kate Kennedy of Patrick Warner's "My Camino" 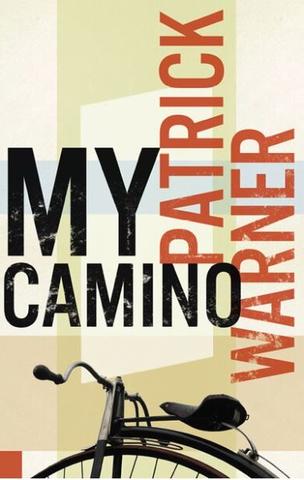 What It All Meant

Poet and fiction writer Patrick Warner’s third novel begins in the Dumbo neighbourhood of Brooklyn then shifts to the title setting, the home stretch of the Camino de Santiago in Spain, and finishes up at a mansion in an outer suburb of Dublin. Its central cast includes a narrator who calls himself the Apostle John (a sandwich-wagon driver and conceptual artist from Staten Island, of Irish and Dominican heritage), his friend Floss (a transgender gallery owner, also from Staten Island), and Budsy (Irish, electrician, fellow conceptual artist).

From the outset the book’s style reminded me of Roddy Doyle’s Henry Smart novels. It also shares a slant-ways collision of personalities with Peter Carey’s 30 Days in Sydney. It’s an energetic caper, full of asides and wordplay. Some of that comes off a bit too pleased with itself, though I had to wonder whether that was intended. The Apostle John’s manner of speech feels overdone in many places. Presenting an idea or take he’ll follow with a slightly unnecessary nudge: “Foreshadowing, y’all” or “Dig it?”. But coming from a narrator who has had his identity questioned and also been told he raps like a white boy — “They said I had no flow. My beats broke the bar. My syllables were too irregular. My rhymes broke lines.” — is it a jibe? Later, in Dublin, he encounters a Ghanian taxi driver who “took pains to explain his theory about why black Americans weren’t really black anymore.”

Floss doesn’t question his identity and he doesn’t question hers. “Respected, Floss gave the same back.” Except that John has his opinions. When he notices Floss noticing men on the Camino noticing her, he thinks, “Who better than Floss to know what men were like? . . . She had a woman-plus sense about eyeballing. How couldn’t she?” And in a chapter titled What Budsy Would Never Say about Floss:

“Emotionally, Floss was a lot like a guy.
Her finer feelings tended to get warped into anger.
[ . . . ] Not that some women can’t be like that,
but it’s usually a man thing, moron.”

Even Budsy has his run-ins, mainly with fellow trades-workers who resent his waning accent and lack of interest in talking about the old country. “Ambiguous identity is not much favoured by guild members.”

Running below this identity-focused mix is the author’s own, and I wondered whether we were meant to read the novel as a well-intended attempt to write characters with backgrounds different from his own. As a challenge to readers and writers who would argue a writer should stick to what he knows? Both? It’s a question that stayed with me throughout, though there is much else to absorb.

The story begins on the night of a group show at Floss’s gallery, in which both Budsy and the Apostle John have work. The pieces range from knowingly clever to genuinely thought-provoking — and I think this may be Warner’s point. A roving group of women continually bumping into people and seeming to inadvertently prevent visitors from getting beyond the entryway of the gallery turns out to be part of the show. But then so does a bronzed and shellacked piece of human shit.

Floss has had word earlier that day that a certain wealthy investor will be in attendance. When he gives his nod to Budsy’s piece (in the form of a slow, Hollywood mogul-style clap heard round the gallery) Floss embarks on a year on the road with the Man in the Cream Suit, biennale-hopping and, as we later find out, coming to learn the hard way what his investment in her gallery will actually entail.

This is conveyed in a prologue to the second part of the book, from the vantage point of the Camino, a trip back in a trip that is backward (in that the group is starting from the pilgrimage’s endpoint at Santiago de Compostela). And that is one of the great strengths of this book: how embedded in its structure its themes are. One theme being the question of arrival, of having made it. Seeing the pilgrims at the end of their journey, first, getting or not getting what they expected from it, we also see Floss.

This part of the book is divided up by days, with switches in perspective though not quite in point of view — and that tripped me up a few times, as I think it was meant to, in a novel that chips away at the question of identity and who gets to say what another person is. Some of these chapters go deep into Floss’s and Budsy’s respective memories. Others are fashioned more as reports. Budsy on Day Three begins simply “Where was that insane Mick anyway?”

Warner is very good on cycling, getting down to the specifics of tiredness, the mentality of long rides, the peeing by the side of the road, the patching of tires. He presents the trio as a world-weary group who know better than the other pilgrims what they are and are not getting out of this, though they are necessarily also in possession of tired bodies. They remain wary, though, of the vaguely mystical spin other pilgrims insist on putting on their experience. “Floss had little time for such delusional nonsense. What the walkers really meant was that, after three weeks of hiking, they had finally moved from their brain’s cluttered apartments into their bodies’ spacious villas.”

On what will turn out to be their last night of the ride, Floss tells the other two what happened during her time with the Man in the Cream Suit, and presents her idea for a fitting revenge. The next morning the three decide to abandon the Camino and hitch a ride out. Perspective is again on the Apostle John’s mind: “From the vantage point of a speeding van, the pilgrims, with their sun hats and rain gear, their walking sticks and clamshells, seemed pathetic, anachronistic . . . The Camino was just a dirt track by the A-231 motorway.”

The final part opens with the Man in the Cream Suit greeting the trio in front of his mansion east of downtown Dublin, where Budsy will be staging a performance piece. As the preparations begin, the Apostle John is sent to fetch and carry. This passage I found laugh-out-loud funny at times, but with an overhanging dread. “By my third bunny, I was an expert. By the fourth and fifth, I was timing myself to see how fast I could go. I was the Carl Lewis of rabbit skinners.”

The house is full of international art buyers and scenesters. The performance begins. What follows is disturbing. I suspect some readers will have to look away. I found it impossible to, because it is very well done, masterfully paced, gruesome and vivid. In the aftermath, John attempts to ascertain the response of the Man in the Cream Suit and what the audience thinks that response might mean. Does John himself know what it means and what Budsy and Floss are up to?

My Camino is a novel very much occupied by questions of perspective, vantage points, and knowing, nested inside a series of quite powerful journeys. Do I know what the author is up to? I think not quite.

— Kate Kennedy
is a poet, editor, and reviewer living in Victoria.