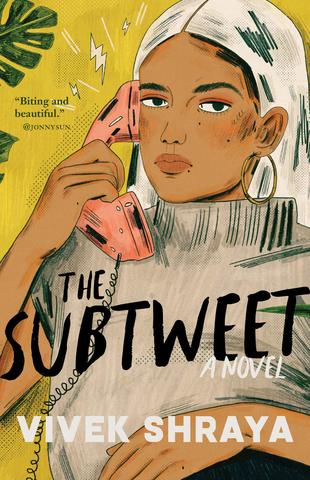 I came up to Edmonton in March 2020 to give a talk and just never returned to live in my apartment in Calgary. It was exciting (finally my partner and I were in the same city) but really discombobulating (global pandemic, deaths in the family, suddenly rarely leaving a small house with two people and two dogs): music and books helped to weave together all these strands into something I recognized again. I read The Subtweet, a novel with an accompanying soundtrack, both created by the force that is Vivek Shraya. It's about fame from social media, making and breaking friends, and creating art that is always drawing on older references. The soundtrack to the novel is just as lush and unnerving as the relationship between Neela and Rukmini, musicians who can't ever quite hear each other and who frequently mirror back to the reader our own nasty jealousies. The soundtrack is so fun it could stand on its own, but in Summer 2020, I had the two versions of Every Song on repeat: "every song is about falling in love, or breaking up, but nobody's singing to me."

Jessie Loyer is Cree-Métis and a member of Michel First Nation. She's written for Apex Magazine, the Montreal Review of Books, Prairie Fire, CV2, Canadian Art, the Capilano Review and her poem "wahwâ" is featured in The Fidlehead's new BIPOC Solidarities Issue. She's also a librarian.