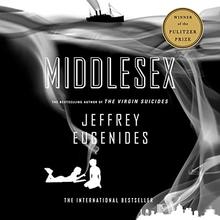 James X. Wang is a writer and physician who began writing in earnest in 2019. He is a Chinese-Canadian settler on the unceded homeland of the Musqueam, Squamish, and Tsleil-Waututh peoples, later known as Vancouver. He belongs to the writing group Harbour Centre Five. His work has appeared in Arc and his poem "Fossils" is featured in the BIPOC Solidarities issue of The Fiddlehead. Order your copy today! 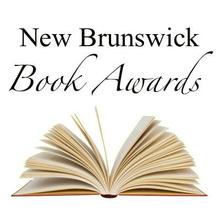 The Writers' Federation of New Brunswick (WFNB) and The Fiddlehead have announced the shortlisted titles for the 7th annual New Brunswick Book Awards. The winners will be revealed at an awards ceremony on Saturday, June 4, as part of WFNB’s annual WordSpring writing festival in Fredericton.

The program will celebrate books published in the 2021 calendar year in the poetry, fiction, nonfiction and children’s picture books categories.

Congratulations to the following finalists!

Carmina Ravanera is a writer and researcher of Filipino and Indian descent. Her fiction has been published in Room and her articles have appeared in several publications including Policy Options and Corporate Knights. Carmina has lived in both London, Ontario and London, UK, and now resides in Toronto.

Carmina's story "Beach Day" was featured in the BIPOC Solidarities issue of The Fiddlehead. To read the story and more order your copy today!

Linda Trinh is a Vietnamese Canadian author who writes nonfiction and fiction for adults and children. She explores identity, cultural background, and spirituality. Her work has appeared in anthologies and literary magazines, including The Fiddlehead's BIPOC Solidarities issue, and has been nominated for two National Magazine Awards. She lives in Winnipeg / Treaty 1. Twitter: @LindaYTrinh

Tamara Jong (she/her) is a Tiohtià:ke (Montréal) born writer and cartoonist of Chinese and Scottish ancestry. Her creative nonfiction essay "Lessons" was published in the BIPOC Solidarities issue of The Fiddlehead. 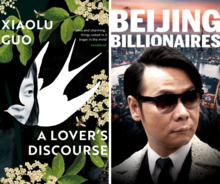 Joylyn Chai is a Chinese-Jamaican Canadian educator, artist, and writer. Joylyn teaches English to new immigrants and refugees in Toronto. Her work has appeared in Rigorous, Thin Air Magazine, and is forthcoming in This Magazine. Her creative nonfiction essay "It’s No Big Deal. Not Really." appeared in the BIPOC Solidarities issue of The Fiddlehead.

Kirti Bhadresa is a settler living in Calgary/ Moh’kinsstis on Treaty 7 territory. She has been recently published in the Quarantine Review, Short Edition’s 300+ short story dispensers, and Thin Air Magazine. In 2021, Kirti graduated from Own Voices Alberta, a mentorship program for emerging writers. Kirti's story "Daksha Takes the Cake" is featured in the new BIPOC Solidarities issue of The Fiddlehead. www.beingkirti.com

Monica Nathan is a Pushcart-nominated writer whose work has appeared in Barren Magazine, Kros Magazine, and The Feathertale Review. She is a Contributing Editor at Barren Magazine, and spends her time working on a collection of short stories and writing articles in marketing and tech. She lives in Toronto and calls her husband and two kids home. Monica's creative nonfiction essay "Things I Won’t Be Remembered For" is featured in the new BIPOC Solidarities issue of The Fiddlehead.

Jessie Loyer is Cree-Métis and a member of Michel First Nation. She's written for Apex Magazine, the Montreal Review of Books, Prairie Fire, CV2, Canadian Art, the Capilano Review and her poem "wahwâ" is featured in The Fidlehead's new BIPOC Solidarities Issue. She's also a librarian. 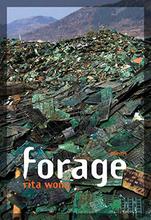 ERICA HIROKO ISOMURA is a writer, artist, and cultural producer. In 2021, she received Room’s Emerging Writer Award and was longlisted for the CBC Poetry Prize. Isomura is working on a book of essays, a poetry collection, and a series of conversations among multi-generational, racialized artists in Canada. ericahiroko.ca. Her poem "re:birth" will appear in the upcoming BIPOC Solidarities Special Issue of The Fiddlehead.  Pre-order your copy today!