I just finished Robin Wall Kimmerer's Braiding Sweetgrass: Indigenous Wisdom, Scientific Knowledge, and the Teachings of Plants. It's a stunning gift of a book—eloquent, elegiac, hopeful. A book about how our relationship with the land and its gifts has changed, and how it might be repaired. A book for everyone. 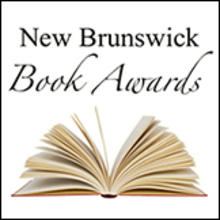 Fredericton (NB) March 26, 2020 - The Fiddlehead and the Writers' Federation of New Brunswick have announced the shortlisted titles for the fifth annual New Brunswick Book Awards. The program celebrates books published in the 2019 calendar year and in three categories: poetry, fiction and nonfiction. The competition is open to traditionally published and self-published authors. The awards presentation ceremony, originally planned for May 23 in Fredericton, has been postponed due to COVID-19.

"If a person had nothing but this collection of stories from which to judge the state of fiction in Canada, they would come away believing that Canadians are delightfully chaotic and completely insane...."

The Fiddlehead is pleased to announce the finalists of our 2019 Poetry Contest, judged by Ali Blythe, Kayla Geitzler, Souvankham Thammavongsa. Thanks to all who entered and congratulations to the following writers:

An Interview with April White 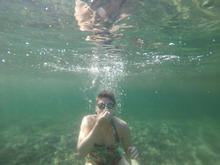 Editorial Assistant Douglas Walbourne-Gough interviewed April White about her illustrations of garbage that accompany Anna Swanson's poetry in their collaborative project, The Garbage Poems. April White's illustration, "A hum at the edge," will be paired with Anna Swanson’s poem, “Portals,” in the upcoming special 75th anniversary issue of The Fiddlehead that will be published in the spring.

An interview with Anna Swanson 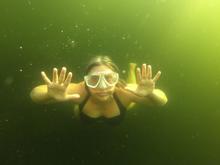 Editorial Assistant Melissa Spohr Weiss interviewed Anna Swanson about swimming and writing, creating “found poetry” out of “garbage words,” and her mode of poetic creation that at once came out of and embodies the lived experience of physical and cognitive constraints following a serious concussion. Anna Swanson’s poem, “Portals,” will appear in the upcoming special 75th anniversary issue of The Fiddlehead that will be published in spring

An Interview with Susan Musgrave

Editorial Assistant Melissa Spohr interviewed Susan Musgrave about her creative process, the roles of emotion, dreams, unknowing, and the subconscious, and the poet’s relationship to the poem in its becoming and ongoing revision. Three of Susan Musgrave’s poems—"More Than Seeing," "What We Do,“ and "Life in the Uncontainable World"—will appear in the upcoming special 75th anniversary issue of The Fiddlehead that will be published in spring.

The State of the Art

Recently I learned a new term, “art-washing.” It means that a real estate developer offers a piece of public art to a city government in exchange for its approving a variance in the building code. That happened in Fredericton a few months ago. The city council approved a many-storied condo building bound to spoil a lovely streetscape in the downtown. This comes on the heels of the destruction in Officers’ Square with the removal of many trees, the historic wall and fence, and the green lawn. Those who opposed this demolition were derisively called “The Against Everything Crowd.”