We are extending the deadline for submitting to our Creative Nonfiction issue. The response so far has been outstanding; however, that means we are about to reach our monthly Submittable submission limit! To be fair to writers working away on pieces that they intended to submit before the March 31 deadline, we have decided to extend the deadline until midnight on April 4.

A Defense of Stuart McLean 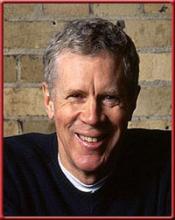 In honour of Stuart McLean, who passed away on February 15, 2017, we present, from our archives, Fiddlehead editorial assistant Ryan Gaio's piece from November 2015.

As a queer, transgender Canadian I often find people like me to be either underrepresented or poorly represented in fiction. The idea that marginalized groups are underrepresented in all forms of artistic media (especially the most popular varieties) is hardly new, but even so, I always find it worthwhile to call attention to some of the great work happening by queer artists across the country whenever I get the chance. . . .

Can a Young Writer Speak?

Jan Zwicky claims in her essay “The Ethics of the Negative Review” that a negative review is a “Squelching of self and creativity,” but for me my first semblance of a negative review was a grand inspirational moment, a first milestone to becoming a writer. Someone had taken my work to be worth criticizing on a higher level than mere feedback and deemed it to be worth spending the time to criticize. That was a great compliment. . . .

Rebels with a Cause: France’s 13e Note Editions

An Interview with France's 13e Note Editions. 13e Note founder Eric Vieljeux was kind enough to take time out of his busy schedule for an interview. What follows is a short conversation to help introduce readers of The Fiddlehead to 13e Note’s ethos and why, as a foreign press, they support and promote American and Canadian writers.

While small presses and literary magazines are often used as stepping stones, they are more rightly to be considered cornerstones that all other stones ought to be set in reference to.

In Praise of Memorization

I’ve been thinking lately about Robert Frost’s “Stopping by Woods on a Snowy Evening.” It fits the current Fredericton landscape perfectly: the snow lies two feet thick on the ground and I have to strap on snowshoes just to feed the backyard birds. But I think about this poem for another reason too: it’s an old friend, the first poem I fully memorized.

My life is all about revision — and that’s not just a metaphorical statement. It seems I’ve ceased writing anything new: my only task is to complete and repair the old. As if I’ve suddenly entered the field of furniture restoration, sanding the scratches, oiling the bumps, replacing worn nails — a deceptively satisfying comparison. As if revision were simply a matter of priming and primping, of returning to some earlier and idealised state.