The Kinaesthetics of Poetry: On Anne Carson and the Dancer I Never Was

The gangly-legged childhood version of me wanted to be a figure skater. My parents, regrettably, acquiesced and, after getting me properly outfitted in a pair of Don Jacksons and some sparkles, sent me tottering off to the Sackville Arena. I spent hours rehearsing camel spins, Salchows, and Ina Bauers, went through endless pairs of flesh-coloured tights, but, in the end, I was always flutzing my Lutzes and gradually came to accept that I would never be an Olympian (let's face it, I was already older than Tara Lipinski. Also, I had better things to do after school than endure below-zero temperatures in the few months of t-shirt weather we got (and, those sequined dresses aren't cheap, you guys). 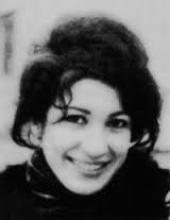 By Kayla Geitzler As the weather grows colder and academic deadlines collide with the hectic holiday season, the urge to procrastinate mounts. At some point I eventually give in and spend a few of these long, gray afternoons with the poetry of Forugh Farrokhzad. Her intricate manoeuvring of abstraction, visceral imagery and dense metaphor remind me why, like her, “I respect poetry in the very same way religious people respect religion” (Collected Works).

At my Jewish high school in Montreal, Mordecai Richler, of course, was a bit of a hero. Whether or not he liked it, and even though he relentlessly lampooned the Jewish community, he was still one of ours. February at our school was public speaking month. So, every February, the teachers compiled and distributed a list of quotations to all of us groaning, gawky teenagers — possible speech topics from which we were to choose. . . .

While small presses and literary magazines are often used as stepping stones, they are more rightly to be considered cornerstones that all other stones ought to be set in reference to.

Commendations on the novel’s thematic triumphs need not be contrived by this humble author as institutions such as The New Yorker, Guardian and Financial Times have safely lionized this text as one of the most celebrated of the past two decades. But the most striking yet undervalued aspect of White Teeth, from my reading, is Smith’s awareness of the constrictions placed upon writing by those reading it — of the insistent and insufferable question demanded ad naseum, “but what does this mean?" . . .

In Praise of Memorization

I’ve been thinking lately about Robert Frost’s “Stopping by Woods on a Snowy Evening.” It fits the current Fredericton landscape perfectly: the snow lies two feet thick on the ground and I have to strap on snowshoes just to feed the backyard birds. But I think about this poem for another reason too: it’s an old friend, the first poem I fully memorized.

My life is all about revision — and that’s not just a metaphorical statement. It seems I’ve ceased writing anything new: my only task is to complete and repair the old. As if I’ve suddenly entered the field of furniture restoration, sanding the scratches, oiling the bumps, replacing worn nails — a deceptively satisfying comparison. As if revision were simply a matter of priming and primping, of returning to some earlier and idealised state.

Train Your Brain to Create instead of Think (part 2)

Set small, specific goals like write a scene with a lamp, a dog, and blue sedan. Remember, education is about drills and jumping through hoops. Most of those hoops are going to be completely arbitrary, just like lifting a dumb-bell up and down is completely arbitrary, but arbitrary hoops provide practice, and you need to practice creativity to develop it as a skill. Editing comes later. Learn to just grow a story first. . . .

Train Your Brain to Create instead of Think (part 1)

You can’t teach someone to be a good writer per se, but you can teach people, or rather train people, to regularly access the creative side of their brain. You’d think this would come eventually as you write more and more stories (however failed those stories may be), but this is not always the case. . . .